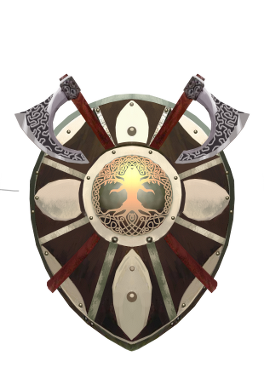 Highwind focuses on special units. When playing as Highwind, positioning is key to take full advantage of your tricks and buffs. Highwind will take some time to master, but is well worth the effort.

The Highwinds were an odd bunch when compared to the Rutai and Hologev. Their King had the

vision of equality for man, dragon, creature, and the like. He believed that equality started with an

open mind and an open heart. They allied themselves with many types of creatures and races

and lived peacefully with them. However, their nation would soon come under attack by the Rutai.

During the onset of the War of Man, their King was assassinated by the Rutai. With no rightful heir

to the Throne, the Highwind nation erupted into anarchy and several schisms occurred. The

nation crumbled into several sub­factions, each led by a member of the military. The Rutai though

this would make the Highwinds easier to conquer but it produce the opposite effect.

Trying to remain neutral, the Highwinds defended themselves and watched as the Hologev were

defeated quickly in the War. Quickly the Rutai turned their attention to the Highwinds and

threatened to conquer them. Their advanced Air Force kept the Rutai at bey. They called in their

allies and together they thwarted the Rutai’s attacks.

With the War of Man at a stalemate, the Highwinds rebuilt their society based on their current

situation. They remained scattered through their lands and created a ruling council comprised of

the faction leaders. They continue to hold off the sporadic attacks by the Rutai. The Highwinds

and live amongst them as equals.